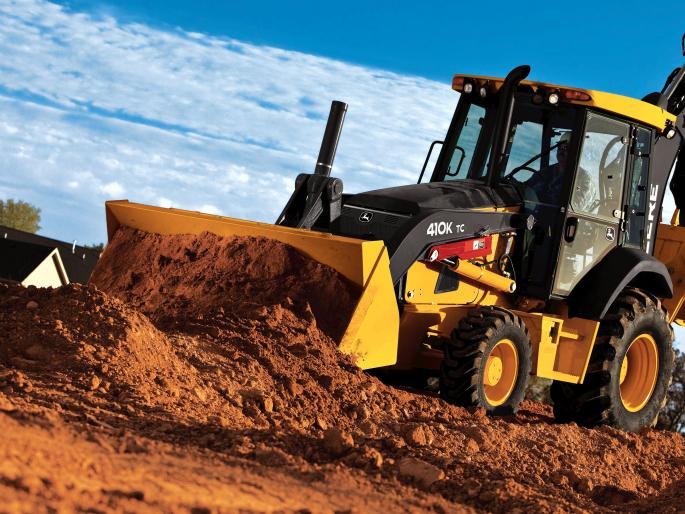 Up until recently, pilot controls have not been offered in backhoe loaders. Throughout the years, mechanical controls have been the norm. Manufacturers like John Deere, however, have begun offering backhoe pilot control options in order to meet the shifting needs of operators and companies alike.

While not all operators are apt to make the switch from mechanical controls to pilot controls, whether because of initial cost or due to operational preferences, many find the pilot controls of the John Deere Backhoe to be advantageous in a number of important ways.

Traditionally called “wobble sticks,” mechanical controls aren’t just outdated technology. With many reasons to opt for or against a manually controlled backhoe, your decision will most likely come down to preference. Some of the pros of buying, renting, or operating a John Deere Backhoe with mechanical controls include:

Over the years, innovations in pilot controlled backhoes have tended to focus on controllability, efficiency, and ergonomics, all of which translates to more comfortable and productive operators and, as a result, faster working speeds, greater overall efficiency, and higher flow rates. Servo controls were a step up from the manual controls but the latest electro-hydraulic pilot controls have changed the game when it comes to reducing operator fatigue. And with operator comfort directly correlated to productivity, more often than not pilot controls will end up working to your advantage in the long run.

Some of the other positives associated with the advancement and implementation of pilot controls in backhoes include:

Upfront costs aside, a movement towards John Deere Backhoes equipped with pilot controls is a movement towards two important things: continuing to take care of the needs, comfort, and health of operators, as well as maximizing productivity, efficiency, and overall success.

To find out more about the John Deere Backhoes with pilot controls Papé has for sale and for rent, contact us today.

Products Featured In This Article

View All
Previous Next

5 INDUSTRY TRENDS EVERY CONTRACTOR SHOULD WATCH IN 2018

3 BIG ADVANTAGES OF USING DIGITAL TECHNOLOGY ON THE JOBSITE

How to Winterize Your Backhoe

With cold weather fast approaching, it’s crucial to keep your construction equipment up to speed in the wake of snow, frost, and freezing temperatures. To help you keep up with this preventive maintenance, we’ve compiled a comprehensive heavy equipment winterization checklist. Read on for more.

If you’ve recently completed a skid steer repair, but the diagnostic codes are still showing on the monitor, it doesn’t necessarily mean that the fix didn’t work. John Deere skid steer codes are designed to stay on the engagement and monitor unit until they are manually cleared. Luckily, the steps to complete this task are easy.

TRACKS OR TIRES: HOW TO CHOOSE THE BEST LOADER FOR THE JOB

Compact track loaders , or CTLs, are one of the lowest operating cost equipment options. They have become increasingly popular in recent years, surpassing sales of compact wheel loaders . Despite the boom in popularity, contractors should consider their intended application before making the choice between tracks or tires. Let’s take a look at some of the differences between track loaders vs. wheel loaders and why your business would benefit from one over another.